Meteora is the second largest monastic and pilgrimage area in Greece after Mount Athos. The first monks took refuge on these cliff tops fleeing an invading Turkish army around the 11th century. Several monasteries were built in the centuries that followed and all the building materials had to be winched up in baskets. Until 1920 this was the sole means for getting supplies up to the monasteries. According to numerous historical sources, there were once thirty religious communities but today only six of them remain and can be visited; other smaller monasteries, mostly built during the 14th century, are now deserted.

Meteora is one of those places where all the elements gather in perfect order to create a natural work of art on a monumental, yet human scale. Being engulfed by the landscape one is awed by the shapes, volumes, and textures that we often recognized in excellent art. The flowing, curvy outlines of the rocks emanate a peaceful mood that contrasts sharply with the majestic scale of the volumes. The mass of rock would seem so intimidating if it weren’t for the soft, fluid appearance of their surface. Meteora is not just masses of rocks however. Meteora is the forms and the space that weaves around them. Meteora is the agent that makes us aware of awesome natural processes, of what’s below the earth’s surface, of time, and the sky above. Meteora is this rare moment where time becomes eternal, and where a human can feel simultaneously so small and so great, so much of the earth and so much of the sky.

Meteora captures ones interest in so many levels, it’s impossible to focus only on one aspect no matter how imposing it might be. In this place, geo-forming has been amalgamating with the spiritual quest of humans for many centuries. The accenting dance towards the sky performed by the rocks was not lost on those who desired their own accent to the heavens for religious reasons. Monasteries occupy many of the rocky terraces, most of which were built during the Byzantine era and have changed little over the centuries. They are the dwellings of monks who found in Meteora a sanctuary that isolates them from every day life, a protected refuge from danger, and above all, a vehicle that delivers one closer to the heavens. 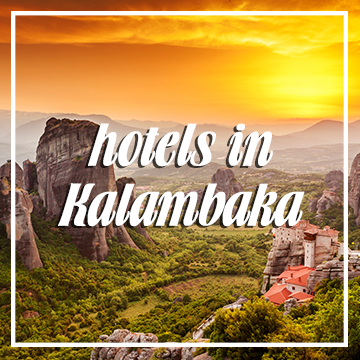 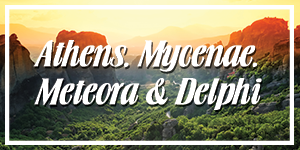 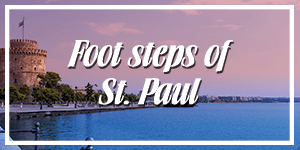 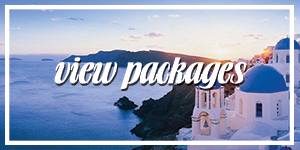